The epic of Manas

The Manas epic is often called the Iliad, the Odyssey, the Ramayana, and the Mahabharata. It is possible that this comparison is necessary to emphasize the enormous dimensions of our epic. But the meaning of Manas is very different from their meaning. Consideration of the epic “Manas” as a unique folklore work does not allow to better understand its infinite depth of meaning and unimaginable intellectual potential. 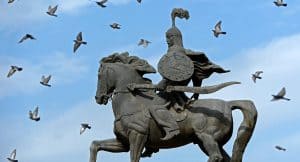 Manas is, in fact, a breathtaking view of an ordinary nomadic civilization, nomadic culture, nomadic spirit, inexhaustible artistic and spiritual heritage, a sacred book, a dream song that formed a unique era and a unique layer of human history. For Kyrgyzstan, “Manas” is a national slogan, a banner, a spiritual code, a manifesto, a sacred force that for centuries introduced the Kyrgyz people to their own Kyrgyz people and united people around them in difficult periods of history. In a special letter dedicated to the 1000th anniversary of the epic, the late Pope John Paul II clearly stated: “Manas contains the ancient spirit of people that still lives in the minds, hearts and lives of people.” Therefore, it is no coincidence that a million lines of “Manas” can only be read by people, especially those who usually have visions.

If we pay close attention to the content and significance of Manas, a number of problematic issues of our time will arise. Why did it collapse during the Kyrgyz Khanate, founded over a thousand years ago? Why haven’t our people reunited and built a state for over a thousand years? Where did the desire to gather the disintegrated Kyrgyz people in “Manas” come from? Do modern descendants of Manas understand that the hopes and dreams that they have been waiting for a thousand years will come true by fate and history? Or are they underestimating a cheap win?

In fact, we have many good examples and lessons that we can learn from Manas. From it we can see many problems that correspond to some of the problems of modern human life, socio-political, ethical-moral and environmental general philosophical problems.

The epic “Manas” first of all says that the Kirghiz are a very generous and hospitable people. The epic names hundreds of lands and reservoirs of immense Eurasia from the Pacific Ocean to the Bosphorus. The tribes and clans that inhabited the area are mentioned. All this testifies to the fact that our people have always been in close contact with the peoples inhabiting this vast territory.

Through the dreamy story of Manas, the Kyrgyz epic addresses the eternal problems of world literature and philosophy, such as man and fate, man and his relationship with society, the struggle for power, corruption and betrayal, envy and jealousy. The epic describes the greed and ambition of a person, self-loathing, narcissism and self-aggrandizement, jealousy and envy of those who do not see good in others. 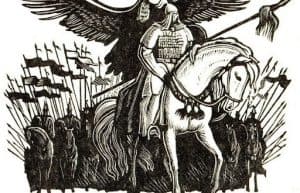 Researchers of “Manas” rightly note that many episodes of our epic are in fact the beginning of the tragic plots and images of Shakespeare.

Sage Koshoy Ava (one of the main positive characters of the epic “Manas”), asked: “Why does a ninety-year old man not die and why does a man like Manas die so early? I will not find an answer to my question. Where did this injustice come from? Why in this world do people with angelic purity and childlike kindness always suffer?

These sad questions are eternal questions that arise for everyone while reading the epic Manas. Therefore, as long as humanity lives in this world, neither the song nor the secret of “Manas” will end. “Manas” is a mysterious history and fate of the Kyrgyz people, captured for centuries.