7 museums you should visit in Kyrgyzstan

Kyrgyzstan, the heart of Central Asia, is known and visited by tourists primarily for its pristine nature, majestic mountain landscapes and nomadic culture. But this is not the only thing that makes it an interesting destination. The country, which was part of the Great Silk Road, will also be of interest to lovers of history and culture. During your trip to Kyrgyzstan visit the following museums that convey the rich history of the Kyrgyz people:

The exposition presented in the Kyrgyz State History Museum is one of the largest in Central Asia. Here you can get acquainted with the history of the Kyrgyz from inception to the present day. The museum was founded in 1926 and has about 90 thousand exhibits. Here you will find information and details about primitive communities, the Bronze Age, migration of peoples, decorations of the 19th and 20th centuries, the Soviet past of the state, and much more. Do not forget to visit this museum during your city tour of Bishkek.

This museum is called the main artistic treasury of Kyrgyzstan. The art gallery was opened on January 1, 1935. The museum is named in honor of Gapar Aitiev, one of the first Soviet Kyrgyz artists, People’s Artist of the Kyrgyz SSR and the USSR, a participant in the Great Patriotic War. The collection of the museum currently numbers about 18 thousand exhibits. The structural division of the collection is carried out according to the types of fine arts – the funds of painting, graphics, sculpture, decorative and applied arts.

One of the oldest structures in Central Asia, the Burana Tower, located 12 km south-west of Tokmak city, is a must-see during your trip in Kyrgyzstan. On the territory of the tower there is a “rock garden” – a collection of balbals, ancient stone tombstones) and a museum. Burana has preserved the memory of the ancient city of Balasagyn and serves as the heritage of the Great Silk Road, attracting the interest of tourists and scientists.

The cultural center Ruh Ordo, located on the shores of Lake Issyk-Kul, is a complex with unique architecture and named after the great Kyrgyz writer Chyngyz Aitmatov. During your trip around Issyk-Kul, be sure to visit this place, it’s worth it.

Ruh Ordo is a kind of unity of different cultures and religions, for example, here you can see five snow-white temples, each of which represents one of the world religions: Islam, Orthodoxy, Catholicism, Buddhism and Judaism. In general, the complex has 10 mini museums, including the House-Museum of Chyngyz Aitmatov and his statue. 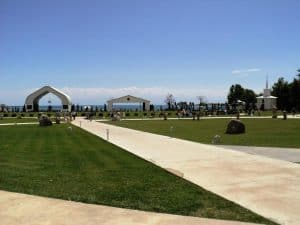 The open-air museum in Cholpon-Ata covers an area of 42 hectares. The rock carvings preserved on the territory of the museum are considered one of the oldest: some of them are about 4 thousand years old. The figures and scenes depicted on the petroglyphs are very realistic and reflect the way of life of ancient people, about their way of life and way of life.

The sacred mountain Sulaiman-Too in the city of Osh is the country’s first UNESCO World Heritage Site. The mountain is 1140m long and 560m wide. At the foot of the mountain there is a museum, one of the largest in the country. The preserved petroglyphs and drawings testify that this place was sacred, capable of curing various ailments. When traveling in the south of Kyrgyzstan, this place will not go unnoticed. 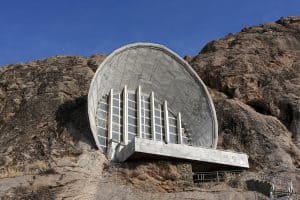 One of the main attractions of the city of Karakol is the Przewalski Museum, a scientist, traveler and explorer of Central and East Asia. His monument and grave are also nearby. Here you can get acquainted with the exhibition of documents, photographs and personal belongings of the traveler.

We use cookies on our website to give you the most relevant experience by remembering your preferences and repeat visits. By clicking “Accept All”, you consent to the use of ALL the cookies. However, you may visit "Cookie Settings" to provide a controlled consent.
Cookie SettingsAccept All
Manage consent

This website uses cookies to improve your experience while you navigate through the website. Out of these, the cookies that are categorized as necessary are stored on your browser as they are essential for the working of basic functionalities of the website. We also use third-party cookies that help us analyze and understand how you use this website. These cookies will be stored in your browser only with your consent. You also have the option to opt-out of these cookies. But opting out of some of these cookies may affect your browsing experience.
Necessary Always Enabled
Necessary cookies are absolutely essential for the website to function properly. These cookies ensure basic functionalities and security features of the website, anonymously.
Functional
Functional cookies help to perform certain functionalities like sharing the content of the website on social media platforms, collect feedbacks, and other third-party features.
Performance
Performance cookies are used to understand and analyze the key performance indexes of the website which helps in delivering a better user experience for the visitors.
Analytics
Analytical cookies are used to understand how visitors interact with the website. These cookies help provide information on metrics the number of visitors, bounce rate, traffic source, etc.
Advertisement
Advertisement cookies are used to provide visitors with relevant ads and marketing campaigns. These cookies track visitors across websites and collect information to provide customized ads.
Others
Other uncategorized cookies are those that are being analyzed and have not been classified into a category as yet.
SAVE & ACCEPT
error: Copyright - Travel Land